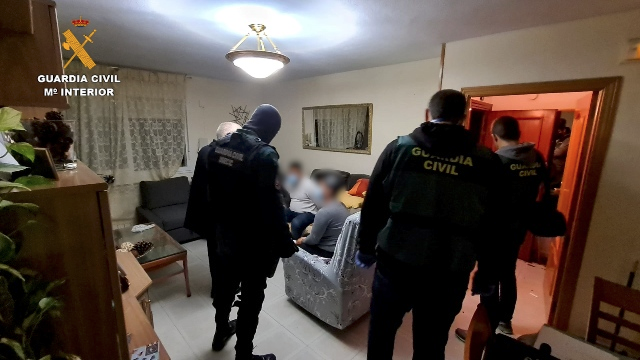 The Spanish Civil Police (Guardia Civil) arrested 16 suspected members of a cybercriminal group that used banking trojans, such as Mekotio and Grandoreiro, to steal funds from victims in Spain.

The cybercriminal group used email spoofing to install malware on victims’ computers, which allowed them to divert large amounts of money to their accounts. The spoofed emails purported to be from organizations such as the Treasury, the Post Office or the DGT, among others, in which the recipients were required to pay tax debts, pay traffic fines or pick up packages. The messages contained a link, clicking on which led to installation of the Mekotio and Grandoreiro banking trojans on victims’ computers.

“Once installed on the computer, without the user noticing, it remained latent waiting to be activated the moment the user accessed any bank website, executing a banking transaction. At that time, the malicious software carried out an interception and modification of the data issued, making the beneficiary accounts of the money a total of 30 bank accounts belonging to the network. After that, the money was diversified by sending it to other accounts, or by withdrawing cash at ATMs, transfers by BIZUM, REVOLUT cards, etc., in order to hinder the possible police investigation,” the police said.

The authorities said they found evidence that the suspects stolen more than €276,470 from compromised bank accounts. The suspects also had access to bank accounts storing around €3.5 million, which they had not yet moved and stolen from their respective owners.

Grandoreiro and Mekotio (also known as Melcoz) are both part of a “Terade” of Brasilian banking trojans, operating in Latin America and Western Europe. According to Kaspersky, since January 2020 Grandoreiro has attacked mostly Brazil, Mexico, Spain, Portugal, and Turkey, while Melcoz has been actively targeting Brazil, Chile, and Spain, among other countries.