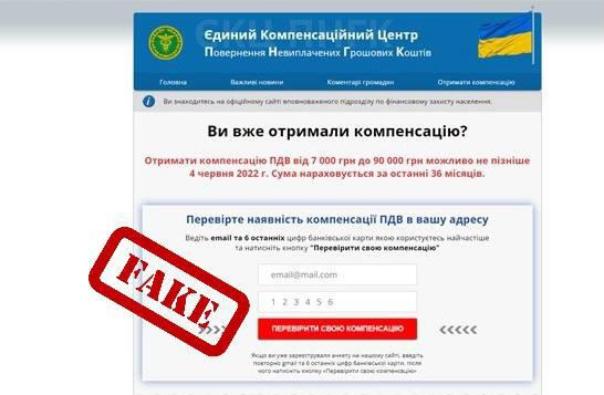 Cyber police department within the National Police of Ukraine uncovered a cybercriminal gang that defrauded Ukrainians on 100,000,000 hryvnias ($3,380,000).

The threat actors created over 400 phishing webpages and sent the links to Ukrainian citizens. These webpages supposedly offered financial aid from the European Union and asked the potential victims to provide their credit card information. Users had to fill out a form and provide their details, but instead of a promised aid, cybercriminals used this information to syphon money from the victims’ bank accounts.

According to the National Bank of Ukraine, cybercriminals defrauded over 5,000 people and stole 100,000,000 hryvnias.

The gang consisted of nine people. Searches were carried out at the place of their residence, during which the police seized computers, cellphones, bank cards, and illegal cash.

If the suspects are found guilty of fraud charges under the Criminal Code of Ukraine, they face up to 15 years in prison.

According to a Google report published earlier this year, nation-state hackers increasingly use Ukraine-Russia war as a lure in their phishing campaigns.