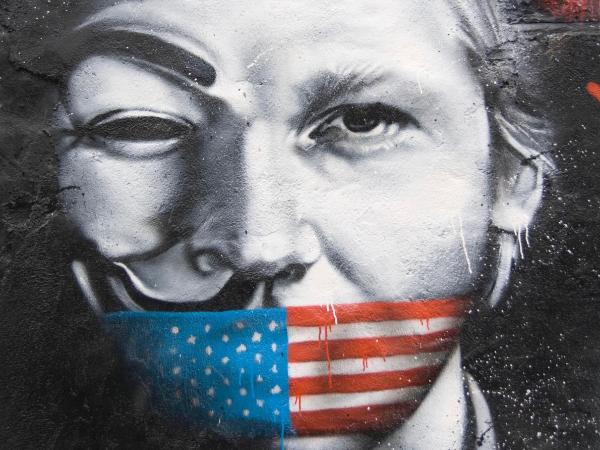 The US Department of Justice has broadened its criminal case against Julian Assange in a superseding indictment unsealed Wednesday that accuses the WikiLeaks founder of conspiring with hackers affiliated with Anonymous and LulzSec hacking groups.

According to the indictment, Assange sought to recruit hackers at conferences in Europe and Asia who could provide his anti-secrecy website with classified information. The indictment alleges that in 2012 Assange provided LulzSec’s leader, who was an FBI informant at the time, with a list of target organizations to conduct attacks against, including a private U.S. intelligence contractor.

“In 2012, Assange communicated directly with a leader of the hacking group LulzSec (who by then was cooperating with the FBI), and provided a list of targets for LulzSec to hack. With respect to one target, Assange asked the LulzSec leader to look for (and provide to WikiLeaks) mail and documents, databases and PDFs,” according to a DoJ press release.

“In another communication, Assange told the LulzSec leader that the most impactful release of hacked materials would be fr om the CIA, NSA, or the New York Times. WikiLeaks obtained and published emails from a data breach committed against an American intelligence consulting company by an 'Anonymous' and LulzSec-affiliated hacker. According to that hacker, Assange indirectly asked him to spam that victim company again.”

The new indictment does not add additional charges to the prior 18-count superseding indictment against Assange in May 2019. The WikiLeaks founder was charged under the Espionage Act for his role in allegedly publishing classified Department of Defense documents in 2010, provided by former Army Intelligence analyst Chelsea Manning.

Julian Assange was arrested last year after being evicted from the Ecuadorian Embassy in London, wh ere he had sought refuge to avoid extradition to Sweden on a rape allegation that he denied. Assange is currently detained in the United Kingdom under a U.S. extradition request.