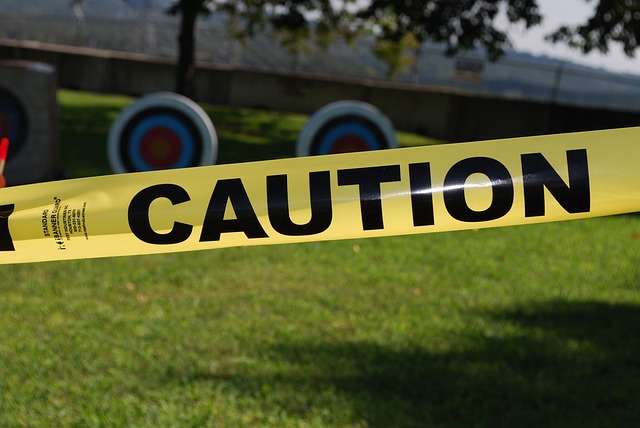 Microsoft released June 2022 Patch Tuesday security updates that address dozens security vulnerabilities in its software, including “Follina,” an RCE flaw (CVE-2022-30190) in the Microsoft Windows Support Diagnostic Tool (MSDT) that has been actively exploited by multiple threat actors, including attacks targeting state bodies in Europe and the US, as well government and media organizations in Ukraine.

PingPull is a Visual C++ based trojan able to run commands and access a reverse shell on a compromised system. In addition to the new RAT, Gallium was observed deploying a modified version of the China Chopper web shell to establish persistence on the compromised machine.

The Iranian-affiliated Phosphorous APT group has been running a high-profile spear-phishing operation targeting high-level officials in Israel, including former Foreign Minister and Deputy Prime Minister of Israel Tzipi Livni, an unnamed former Israeli military official and a former US ambassador to Israel. The goal of the operation was to obtain personal information, passport scans, and access to email accounts. Attackers targeted accounts by using common hacking techniques such as email phishing and social engineering.

The Lyceum cyber espionage group, believed to have ties to the Iranian government, has been targeting companies in the energy and telecommunication sectors using a new DNS backdoor based on the .NET platform.

The BlackCat RaaS affiliates are taking advantage of vulnerable Microsoft Exchange servers to gain access to corporate networks. To gain initial access to a targeted system threat actors typically use remote desktop applications and compromised credentials, but, according to Microsoft, a BlackCat affiliate was observed leveraging the ProxyLogon Exchange server vulnerabilities as an entry vector.

Once breaching the target network via ProxyLogon, the threat actor executed a series of commands to collect information about operating system and domain computers, domain controllers, and domain admins in the environment. The attackers then used account credentials found in one of the folders to launch a further attack.

More recently, the BlackCat group launched a dedicated website that allows the customers and employees of their victim to check if their data was stolen in an attack.

The threat actor has already infected multiple organizations across the globe, including the United States, Europe, and Australia.

Cybersecurity researchers discovered a new variant of the HelloXD ransomware that features stringer encryption and installs an open-source backdoor on compromised systems to maintain an additional foothold.

The discovered HelloXD sample deployed MicroBackdoor, an open-source backdoor that allowed an attacker to browse the file system, upload and download files, execute commands, and remove itself from the system. The researchers believe that the threat actor used the backdoor to monitor the progress of the ransomware on the compromised system.

A group of security researchers detailed a security issue impacting modern Intel and AMD CPUs. The weakness, dubbed “Hertzbleed,” could allow an attacker to steal cryptographic keys from remote servers via a timing side-channel attack.

A hacker group, known as Blue Mockingbird, is exploiting a three-year-old vulnerability in the Telerik UI web application framework to take over web servers, install Cobalt Strike beacons and deploy cryptomining malware. The said flaw (CVE-2019-18935) is a high-risk deserialization flaw that can lead to remote code execution.

In the observed campaign CVE-2019-18935 was exploited in conjunction with two older Telerik UI bugs (CVE-2017-11317 and CVE-2017-11357) in order to obtain the encryption keys that protect Telerik UI’s serialization on the victim’s system and deploy a Cobalt Strike beacon.

CloudFlare said it thwarted a 26 million request per second distributed denial-of-service (DDoS) attack, which makes it the largest HTTPS DDoS attack recorded to date. The source of the attack was rather tiny yet powerful botnet of 5,067 devices (possibly comprised of hijacked virtual machines and servers), each capable of generating roughly 5,200 rps when peaking.

Within less than 30 seconds, this botnet generated more than 212 million HTTPS requests from over 1,500 networks in 121 countries, including Indonesia, the United States, Brazil and Russia. About 3% of the attack came through Tor nodes.

Travis CI free tier users are at risk due to an unpatched data disclosure issue in the Travis CI API that exposes user data containing authentication tokens that could give access to developers’ accounts on GitHub, Amazon Web Services, and Docker Hub.

The researchers found that there are more than 770 million logs from free-tier Travis CI users accessible via API calls, from which attackers can extract tokens, secrets, and other credentials and use them to carry out cyberattacks.

SeaFlower hackers distribute Android and iOS cryptowallets with a backdoor

First spotted in March 2022, the campaign appears to be the work of “a Chinese-speaking entity yet to be uncovered.” The threat actor targeted the iOS and Android versions of applications such as Coinbase Wallet, MetaMask Wallet, TokenPocket, and imToken. The fake versions were distributed via clones of the apps’ legitimate websites. To lure potential victims to the malicious sites the hackers used search engine poisoning, with Baidu and other Chinese search engines being targeted.

A sophisticated Chinese APT, tracked as “DriftingCloud,” has been exploiting a Sophos firewall authentication bypass vulnerability vulnerability (CVE-2022-1040) to install backdoors and launch man-in-the-middle attacks. Sophos addressed the flaw in March 2022, however, it was found that DriftingCloud started exploiting the issue a little over three weeks before a patch was released.

After the attackers gained access to Sophos Firewall they performed a man-in-the-middle (MitM) attack, thus gaining access to the victim’s web server. The adversary then deployed three open source malware families (PupyRAT, Pantegana, and Sliver) on the web server.

Interpol arrests thousands of scammers in a global anti-fraud operation

A large-scale police investigation into social engineering fraud involving law enforcement agencies from 76 countries has resulted in the seizure of $50 million in illicit funds, and arrest of 2,000 alleged fraudsters. In the course of the investigation, the police identified 3,000 different suspects, and froze some 4,000 bank accounts.

Law enforcement agencies in the US, UK, Germany, and the Netherlands dismantled the RSOCKS botnet operated by Russian cybercriminals, which compromised millions of devices worldwide. The botnet initially targeted Internet of Things devices such as clocks, routers, and streaming devices, but later expanded to include Android devices and conventional computers.

According to the US Department of Justice, several large public and private entities have been victims of the RSOCKS botnet, including a university, a hotel, a television studio, and an electronics manufacturer, as well as home businesses and individuals.